Share a memory
Obituary & Services
Tribute Wall
Read more about the life story of Daniel and share your memory.

Daniel Lawrence Helsel, 77, passed away Sunday, January 15, 2023, at Genesis Hospice Morrison House. He was born November 1, 1945, in Plymouth, IN to the late Ivo Clair and Mary Irene Gross Helsel. He survived childhood polio and graduated from West High School, where he received the All Sports Trophy.

Dan was a truck driver for many years and retired from Franklin Local Schools, after 20 plus years of driving bus. He was an avid sports fan of the Philo Electrics and enjoyed taking many of their sports trips. He also was a fan of the Chicago Bears, Cincinnati Bengals, Notre Dame and The Ohio State Buckeyes. He played and coached softball for many years in Indiana. He also coached little league baseball at Chandlersville for many years. He was a member of Ark Springs Baptist Church.

He is survived by his wife of 48 years, Ina Mae Alexander Helsel; sons: Jason (Saylor) Helsel of Hopewell, Jared (Amy) Helsel of Zanesville, Jeffrey Helsel and Robert Helsel, both of Indiana; granddaughters: Nikki (Andy) Crews of Auburn, KY, Bethany Helsel of Indiana, Sierra Helsel of Nashport, Ali Helsel of Kenton and Kirklend Helsel of Zanesville; great grandson Aiden Crews; a sister Shirley (Earl) Barber of California; brothers in law: Robert Johnson of Florida and Dennis Gibson of Indiana; sisters in law: Dottie of Florida and Tori Alexander; niece Elli of Blue Rock and daughter in law Gail Helsel of Kentucky. Special forever friends: Phil Jacobson of Indiana, Ken (Peg) Johnson of Wisconsin and Jim Drake of Blue Rock. He will also be missed by many nephews, nieces, cousins and friends.

In addition to his parents and in-laws Kenneth and Olive Young Alexander, he was preceded in death by his son Randall Helsel; a brother James Helsel; sisters Norman Johnson, Elsie (Dwight) Wade and Susan Gibson; sister in law Jane Helsel; and a special grandson Jared David Helsel.

Memorial contributions may be made to Nationwide Children’s Hospital Foundation, PO Box 16810, Columbus, Ohio 43216-6810, in Dan’s name in Memory of Jared David Helsel.

Calling hours will be 12 to 2PM and 4 to 6PM, Thursday, January 19 at THE SNOUFFER FUNERAL HOME 1150 WEST MILITARY ROAD ZANESVILLE.  Funeral services will begin at 6PM in the Snouffer Chapel with Pastor Jamie Harrop officiating.  A private burial will take place at a later date at Union Hill Cemetery.

To send a note of condolence to the family visit www.snoufferfuneralhome.com, find us on Facebook or call our locally owned caring staff at 740-450-8000.

To send flowers to the family or plant a tree in memory of Daniel Lawrence Helsel, please visit our floral store. 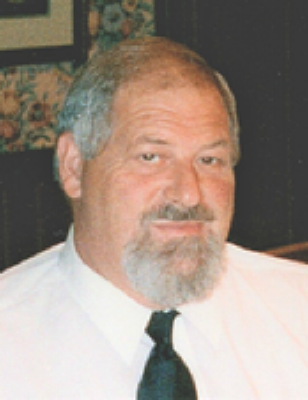 You can still show your support by sending flowers directly to the family, or by planting a memorial tree in the memory of Daniel Lawrence Helsel
SHARE OBITUARY
© 2023 Snouffer Funeral Home. All Rights Reserved. Funeral Home website by CFS & TA | Terms of Use | Privacy Policy | Accessibility