Share a memory
Obituary & Services
Tribute Wall
Read more about the life story of Mildred King and share your memory.

Mildred King Reed Shores, 100, passed away on January 6, 2023 at the Genesis Hospice Morrison House.  She was born on May 10, 1922 to Wilbur and Gertrude Cooper King in Adams Mills, Ohio. Mildred had several jobs, including wiring airplane engines in World War II in Akron, OH.  She was an avid card writer including poems and enjoyed doing puzzles and word finds.

Mildred is survived by her sister Kathleen King Moore; many nieces, nephews, from the King, Reed and Shores families and close friends including Primrose residents and staff.

Mildred was a Baptist by faith.  Memorial contributions may be directed to the Billy Graham Breakfast with Billy Program, for the poor at Trulight Ministries, P.O. Box 2602 Zanesville, OH 43701.

Mildred will be laid to rest at the Coshocton Memory Gardens, 25580 St. Rt. 621 Coshocton, Ohio 43812. Per Mildred’s request no services will be held at this time.

THE SNOUFFER FUNERAL HOME, 1150 WEST MILITARY ROAD, ZANESVILLE, has the distinct honor of serving the family.

To send a note of condolence to the family, visit www.snoufferfuneralhome.com, like us on Facebook, or call or locally caring staff at 740-450-8000.

To send flowers to the family or plant a tree in memory of Mildred King Reed Shores, please visit our floral store. 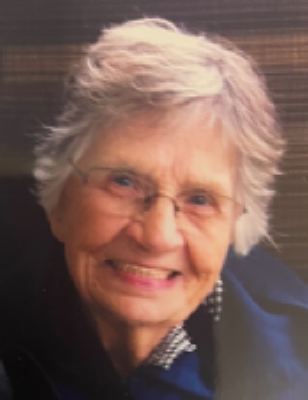 You can still show your support by sending flowers directly to the family, or by planting a memorial tree in the memory of Mildred King Reed Shores
SHARE OBITUARY
© 2023 Snouffer Funeral Home. All Rights Reserved. Funeral Home website by CFS & TA | Terms of Use | Privacy Policy | Accessibility